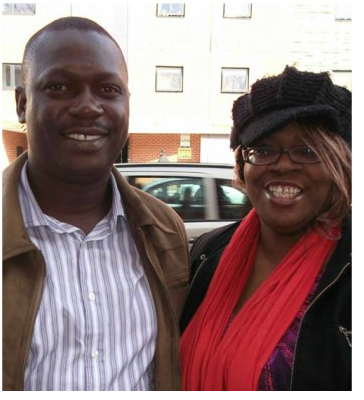 “On the 24th JUNE I WAS RAPED BY a FIVE years FRIENDSHIP Of a FACEBOOK FRIEND FROM NIGERIA. I Do not blame every Nigerian man for this Nigerian RAPIST. this is what happened to me. And I feel so bloody numb. I can’t believe it.If this isn’t rape, then what is called rape?And he asked me what was up with my legs. As I walked with the crutches into the dining room, he said to me that he was worried about the issues of my legs and what treatment that I was getting. I started to explain, I sat on the mattress that was my makeshift bed which was unsteady, I offered him the computer chair to sit on, but instead he tried to sit on my mattress and fell off it. I offered him the chair again and he said he was fine on the mattress. I moved away from him, so that there was a huge space between us, while I was explaining the treatment to him, he. Leaned towards me and grabbed my breasts, I brushed his hand away and told him not to touch me, No don’t touch me i said. and I tried to get up of the mattress to reach for my crutches, he said that he wouldn’t touch me again, so I told him that the next time he touched me he must leave my house. I continue to explain the condition of my legs and he reached over again and touched my breasts again, pushing his hand down into my top, I told him to stop and to get out of my house, he stood up, and I thought he was going to leave, then he pulled down his trousers swiftly I was shocked but I reached for my crutches to pull me up, he moved my crutches away from me and pulled down my leggings and panty’s at the same time then he threw his whole body weight on to my bruised body that was injured from the fall. He wedged his fat chunky body between my legs and he pulled down his shorts, I was telling him to get of me, to stop, get of me I shouted, what are you doing I asked him, get of me. I pushed at him with both my arthritis fingers and carpal tunnel hands and arms to get of me but my hands hurt when I moved them to push him of me but I continue pushing at him, I said no, no no get of me, he leaned forward with his full chunky body weight onto my bruised chest and ribs, and entered me, I couldn’t feel anything and he was moving against me and saying I told you I will fuck you, I can do it in your arse, I said get of me no get off. I couldn’t move my sprained legs as they hurt so much every time I moved them, I attempted but they wouldn’t move, I pushed at him with my numb osteoarthritis fingers and hands but he never stopped, and I felt numb and I must have blacked out, because he was off me and there was a horrible strong smell and wetness between my legs and I felt rising vomit in my mouth and I couldn’t move. Then I heard him far away asking me where the bathroom was, my ears felt numb and my eyes were blurring and I said what? I couldn’t get up I tried to get up and I couldn’t get up. Then he was upstairs then I heard him come back down and I got my crutches and quickly moved as I thought he was going to rape me again, then he went back upstairs. My legs were giving away and I crawled upstairs because the smell was so strong and I wanted to vomit I couldn’t use the portable toilet because I took the removal able section upstairs that morning. So I crawled up the stairs on my hands and feet to the bathroom and pushed against the door to go in, and he was there and he said something but It sounded distant. And I don’t know how I got back down the stairs and I don’t know what happened only that he was sitting on my mattress playing with his phone then he looked up at me I was leaning on the door frame holding my 2 crutches looking at him. He said smiling lovely love making. I stared at him and said that wasn’t love making you raped me get out of my house. And he continued to play with his phone. And I stood there waiting for him to leave, then I don’t remember then we are both at the front door and he is taking pictures of me. I can’t remember what happened after the photograph taking, I felt afraid to sit down, then my legs gave away from beneath me and I dragged myself to sit in the front room and he came back into my house into the sitting room. I was afraid This is what happens to me on the 24th June 2017. I was raped and the law said that he is free….I have to be strong and be the strongest person ever, because I am not only doing this for me. I’m doing it for every single raped victim in the world and especially in the UK this is pure sickness” 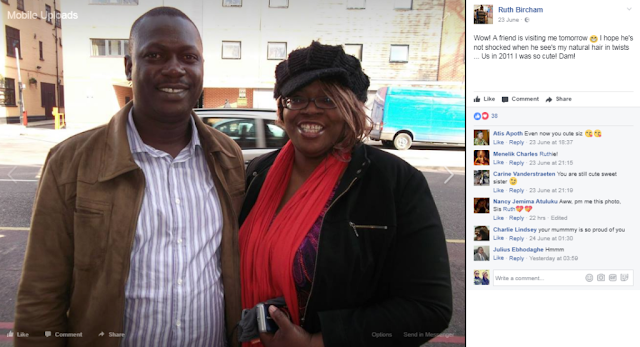